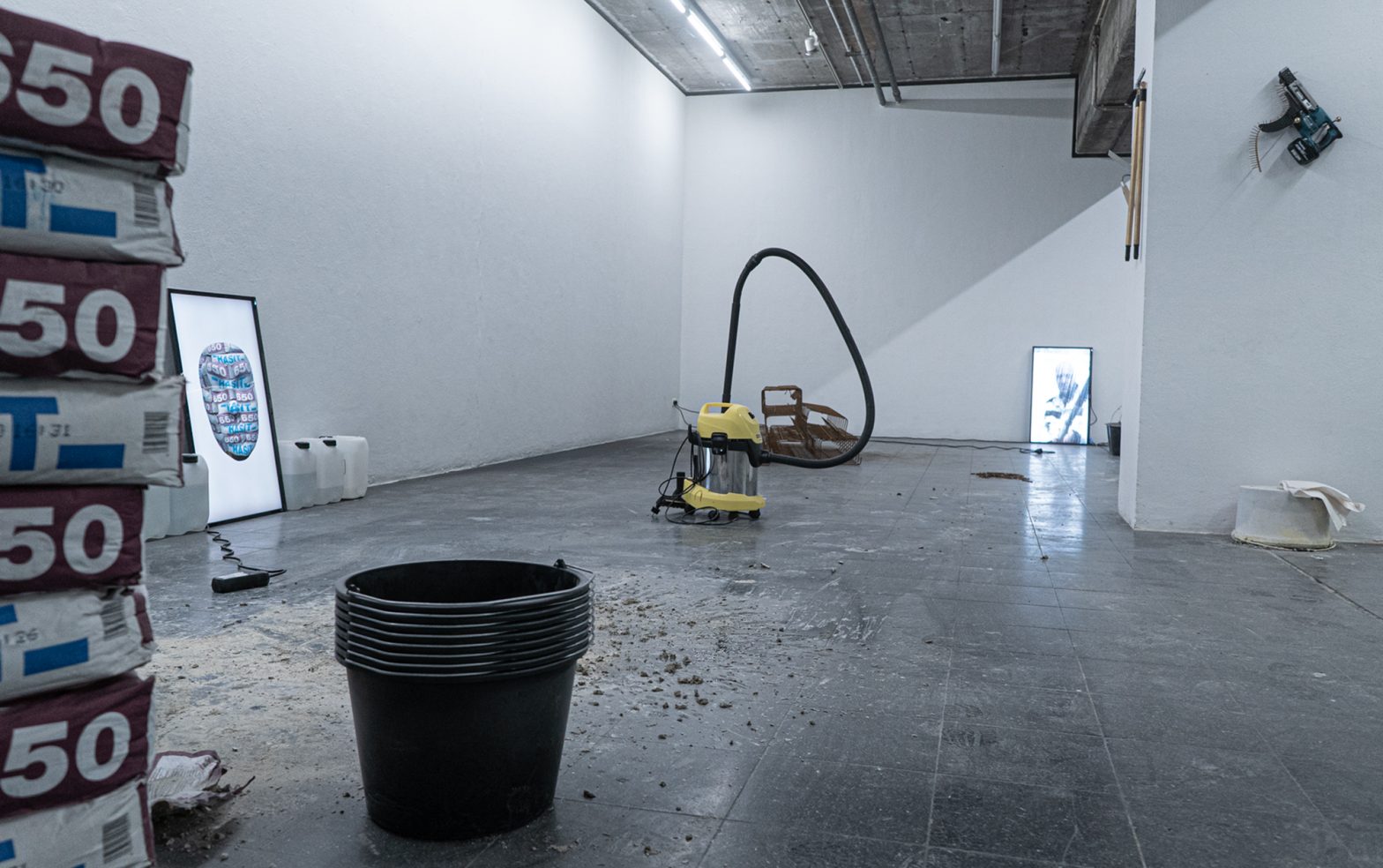 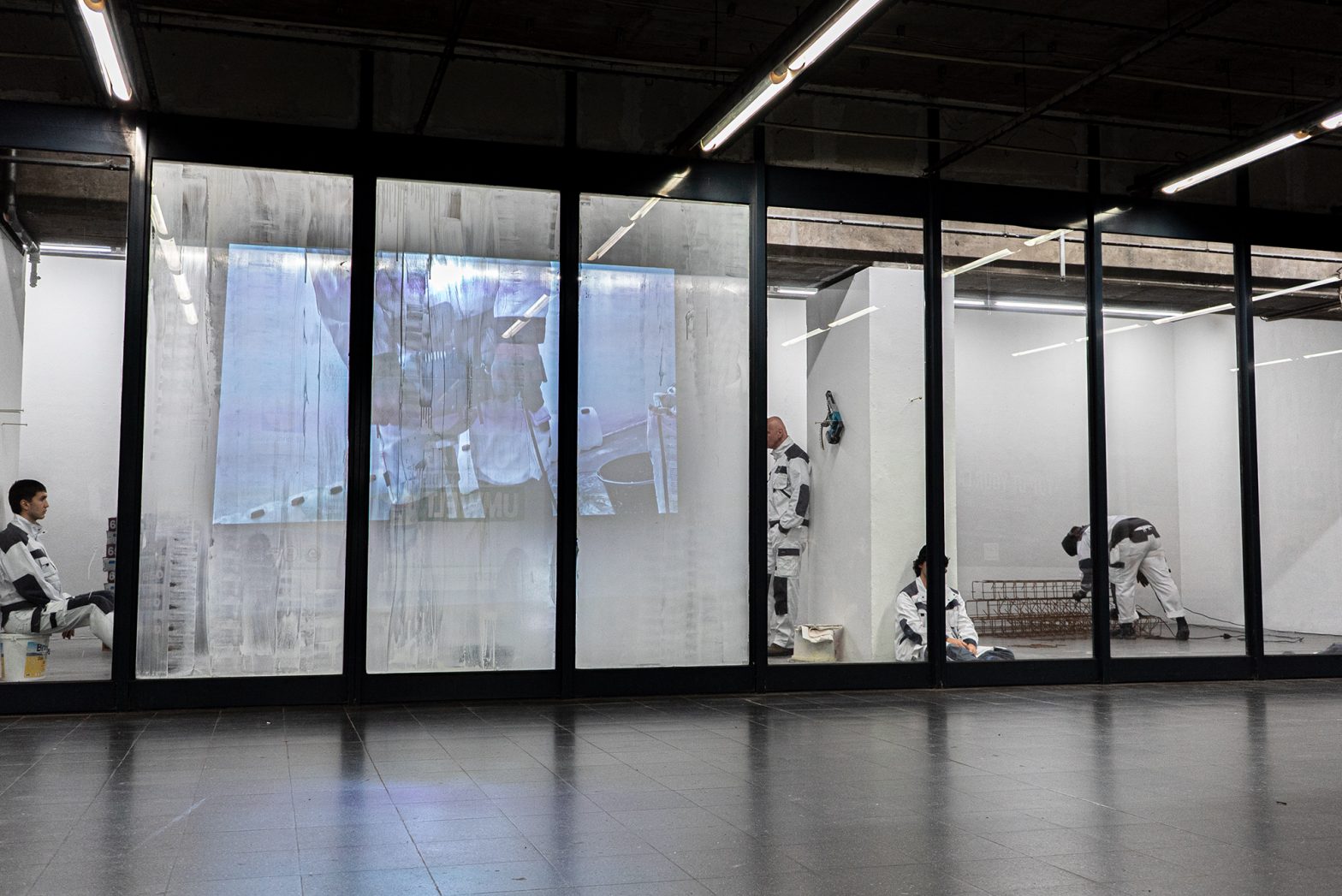 The transmedial installation ‚Drop dead faster‘ deals with the weariness and unleashed consumerism of our society and presents them on a virtual, analogue and performative level. Inspired by the poem ‚C’mon pigs of western civilisations‘ by Allen Ginsberg, with which he already denounced the affluent society in the 1970s, the gallery space becomes a stage for hyperreality.
The project „Drop dead faster“ will initially start in public as a virtual presentation. Content in the form of videos, photos, texts and sounds is published via a dedicated social media account. A golden Grillz in the shape of a gun appears again and again: as an Instagram face filter that puts the Grillz in the viewer’s mouth, but also in animations and commercials. It is a symbol, a „brand“ that is meant to represent the weariness, consumption and ostentation of consumer society. Via the social media channel @dropdeadfaster, invitations are sent out for a performance in the space.
The audience watches six performers through the windows of the gallery, who perform work at various stations. They stir cement, bend and cut metal rods. The choreography of the work sequences, which cannot be assigned a meaning or goal, creates a dramaturgy. The sounds of the loud machines underpin the performance and create an acoustic dynamic. Finally, one of the performers films the audience with his smartphone. This video is then projected onto one of the panes – the spectators thus become part of the performance and switch from the side of the viewers to the side of the performers. After the performance, the gallery will remain open for ten days. The props of the performance remain in the space as sculptural reminiscences. Three monitors show videos from the virtual platform of social networks. 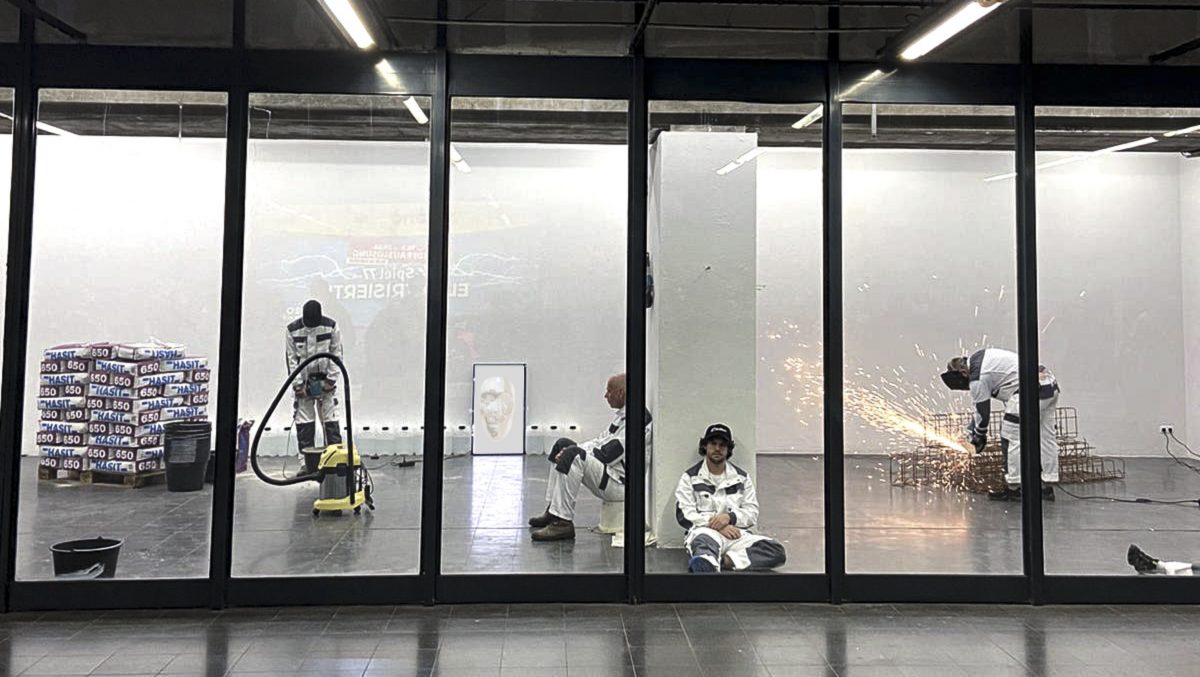 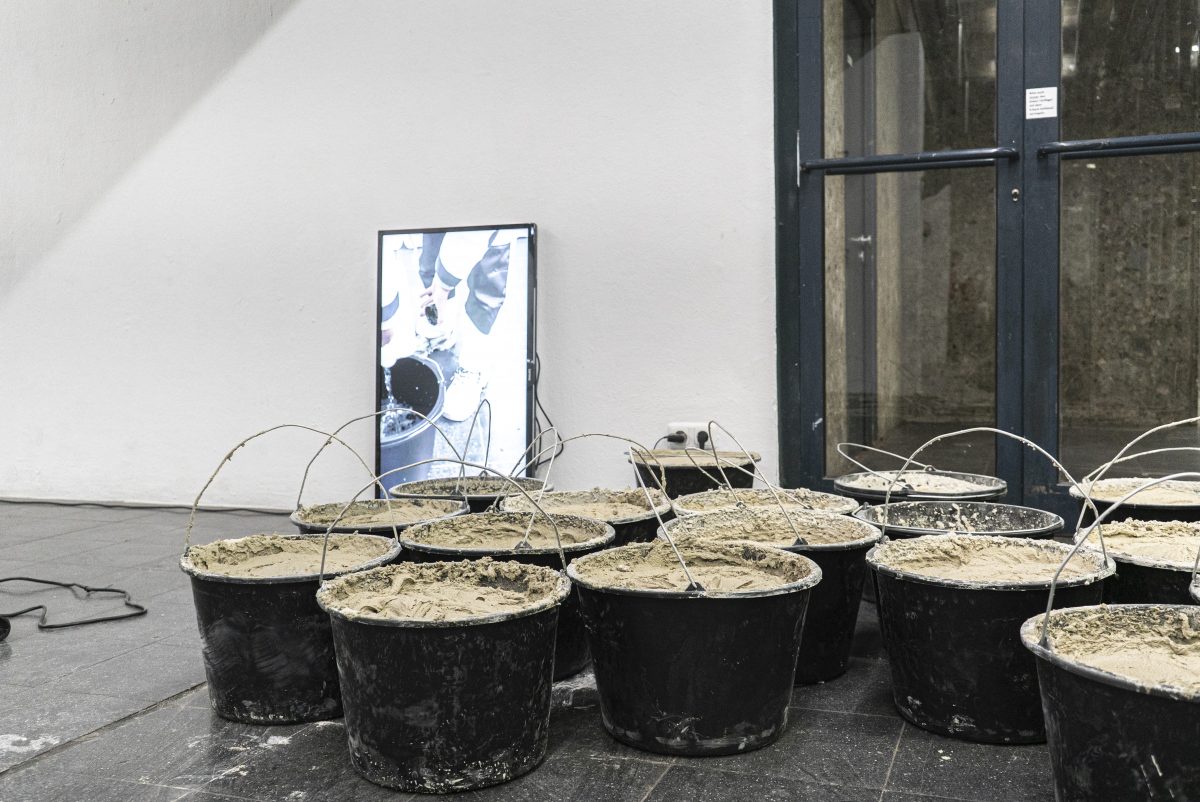 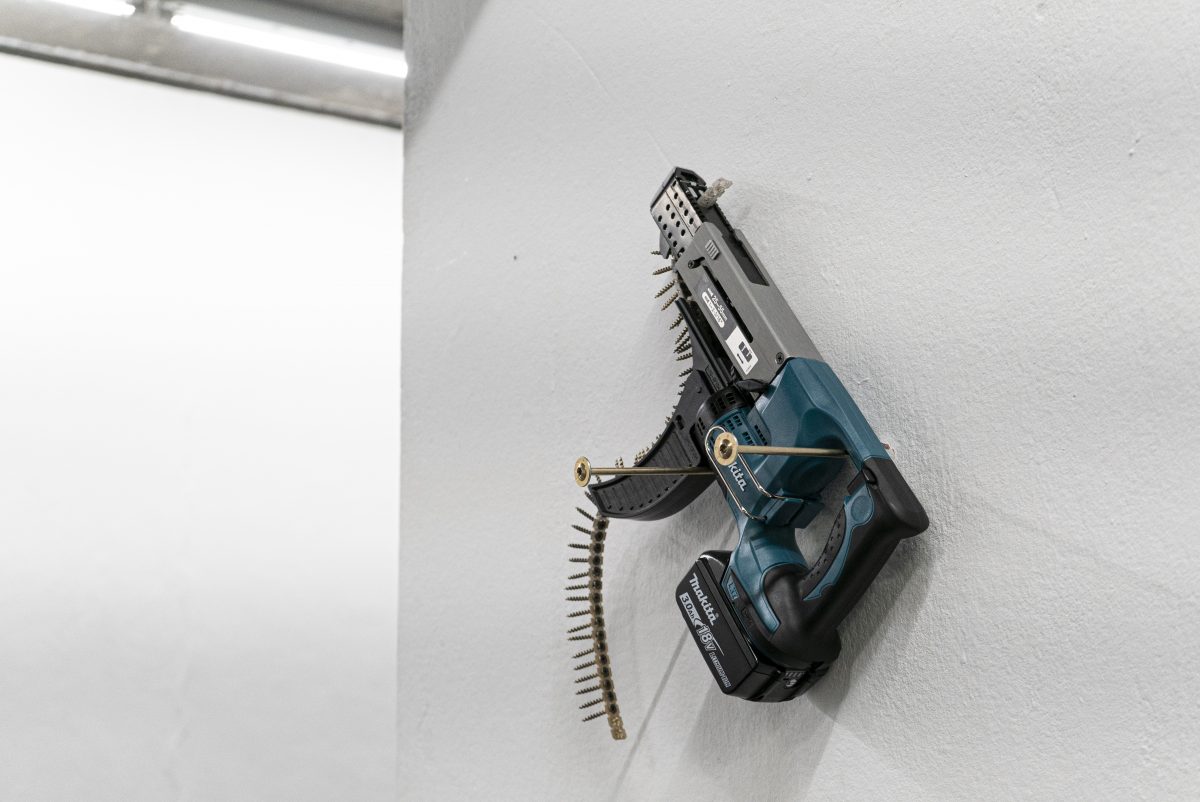 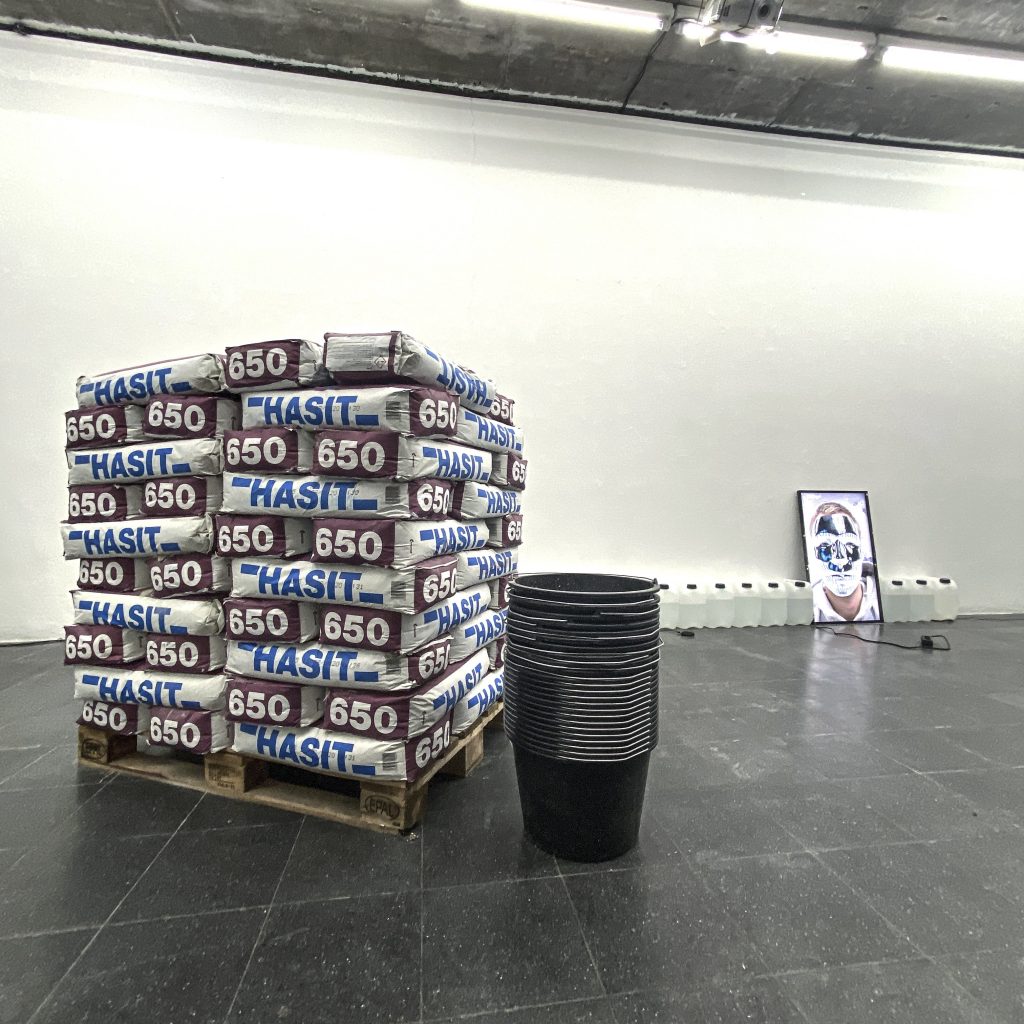 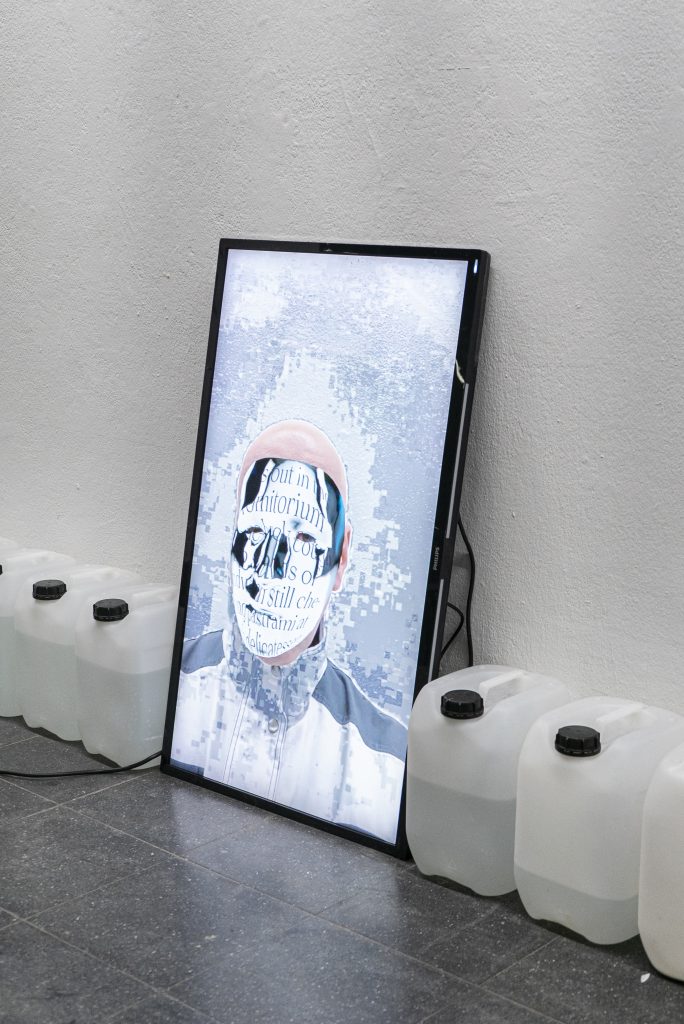 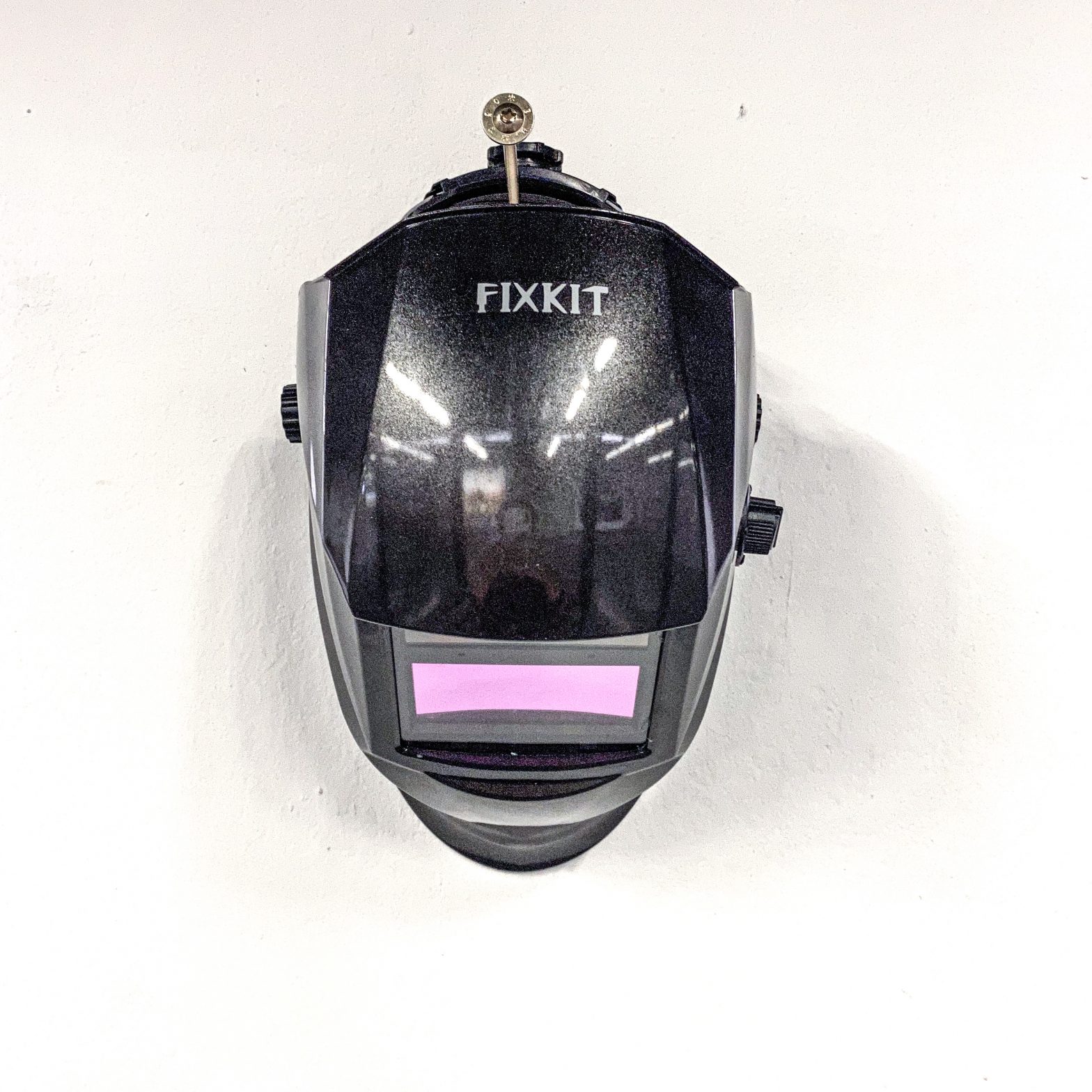 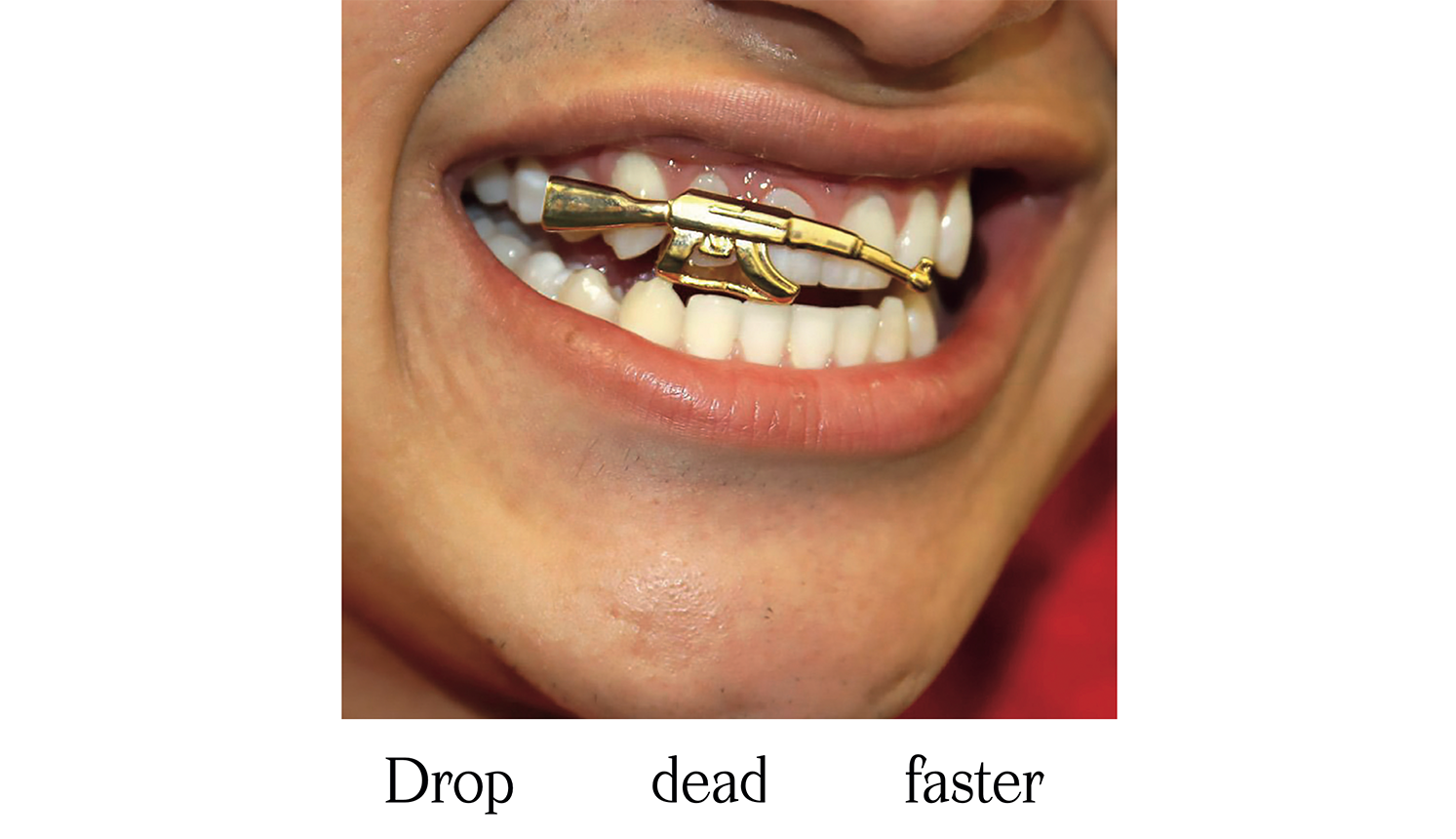